Reporter Cast In An Eerie Light 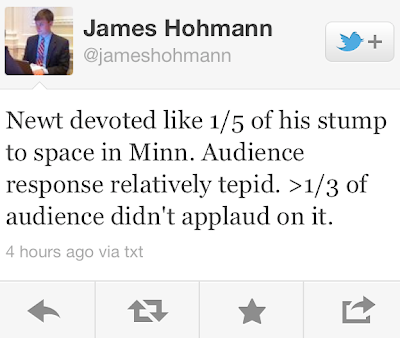 When Watergate reporter Bob Woodward was at the Nixon library in April 2011, I snapped a photo of James Hohmann, a 24-year-old Politico reporter who was taking notes 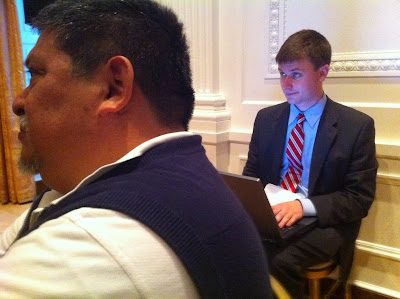 on his laptop. I was gratified to see the other day that Hohmann (who's now following the Republicans around the country) is using the photo on his Twitter account. In the original, that's Paul Reza of St. John's Church on the left.
By Fr. John at 7:47 AM