Sacrificing One Peace For Another 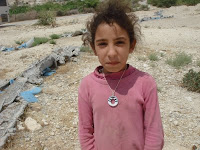 As Fatah and Hamas make nice, will the Palestinians' prospective new prime minister, PNA President Mammoud Abbas, have to step even further back from negotiations with Israel to placate hardliners? The Jerusalem Post:

[S]ome Hamas officials in the Gaza Strip voiced opposition to the deal, especially the appointment of Abbas as prime minister.

“It was Hamas that won the election [in 2006] and not Mahmoud Abbas,” said a Hamas legislator who asked not to be identified. “Many people in Hamas are not happy with this agreement.”

Ashqar said the ball was now in the court of Abbas who, he added, would have to stop the negotiations and security coordination with Israel to ensure the success of reconciliation between Hamas and Fatah.