Sending Israelis And Palestinians Back To School 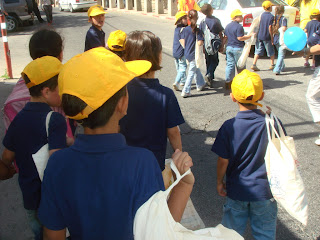 Alon Ben-Meir, beginning a series of articles in the Huffington Post, says Israelis and Palestinians won't be able to make peace until they finally learn to understand each other:

Overcoming these fundamental obstacles to a two-state agreement requires more than negotiations between political leaders. What is needed is to bring together noted and most-respected religious leaders, historians and NGOs that engage in separate talks about each of the conflicting issues between Israelis and Palestinians without outside political pressure as long as all participants believe in the inevitability of coexistence. Airing these issues and reaching a better understanding could have a tremendous impact on public opinion on both sides 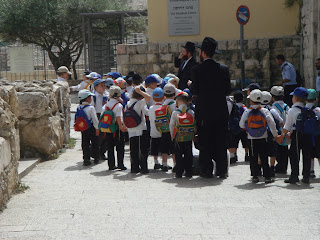 and provide the political leadership with the necessary public support and the political cover they need to accommodate each other. Understanding and appreciating each other's position and mindset, and reaching a consensus governed by the reality on the ground, will be a game-changer.

Only with such a broader, deeper dialogue, and the shared pursuit of understanding the issues on the psychological, historical, religious and emotional levels, can the roots of the conflict be addressed and substantive negotiations begin to end the Israeli-Palestinian conflict.