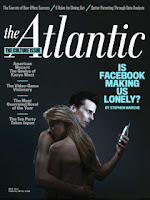 In mid-May, Kathy and I were in New York to see her daughter, Meaghan, and over 400 classmates receive masters degrees in social work from Columbia University. Those we met were bright, idealistic, and deeply committed to helping suffering and marginalized people. To pay for their studies, many took on a six-figure debt, all to prepare for a vocation that isn’t especially remunerative.

But at the graduation ceremony (at the Beacon Theater on the Upper West Side, graduates trod where Stones had rolled) and a party afterward, nobody was fretting about the future. Their devotion to mission, and the gracious community they’d built in their two years together, made me think of a class of seminarians. Commencement was a secular event, so no one said a public prayer. I imagine I joined thousands in the audience in quietly thanking God for the class of 2012 and the support they’d received from family members and friends.

Meg feels a calling to serve older people, which is a growth industry for social workers. We all know about the coming baby-boomer retirement bubble. By 2017, in the global population people over 65 will outnumber those under five for the first time in history.

This explosion of longevity is stalked by what some health experts call an epidemic of loneliness. Stephen Marche surveys the research in a recent Atlantic article. A 2010 AARP study found that over a third of Americans over 45 are chronically lonely, com

pared to a fifth of the same cohort ten years before. Another study reveals that about 60 million in the U.S. say they’re unhappy because of loneliness.

Marche’s article, “Is Facebook Making Us Lonely?”, is one of many these days plotting the correlation between social media and social isolation. Marche doesn’t buy it, and I don’t, either. Our temperaments aren’t formed by our online interactions anymore than they are by cocktail parties and family reunions. We come fully formed to all settings of intense personal interaction, whether on-line or en masse, when we quickly display (and, if we’re lucky, learn) how we are with others – reticent or revved up, other- or self-directed, good listeners or relentless talkers.

But if Facebook isn’t making us lonely, what is? Why do naturally social organisms become unsociable? As a baby-boomer, I have a post-Vietnam, post–Watergate answer that has to do people’s skepticism about the focal points of authority that used to bind us together, especially governments, political parties, and religious organizations. Add a dose of western individualism, whose worst expression is selfishness, and you’re tending toward a society of mutually suspicious, self-sustaining loners who are (Marche also reveals) just as likely to share their troubles with a therapist – or social worker – as with a friend.

If you think my closing pitch will be that more active participation at St. John’s and in all our wonderful ministries is a sure-fire cure for loneliness, you’re only half right. Marche had a statistic for that, too: “Active believers who [see] God as abstract and helpful rather than a wrathful, immediate presence [are] less lonely.” Are we coming to church to have our worst suspicions, whether about ourselves or others, confirmed by a God of judgment? Or do we come with eyes, ears, minds, and hearts open to the unpredictable movement of the Holy Spirit, which promises to bind us closer to God and one another?

Sometimes when we log onto Facebook, we want to convince the world that our lives are in better shape that they really are. We’re also tempted to put on our game faces before we come face to face with God – which is ironic, since God “friended” us and “liked” us at the beginning of all things, has read all our data, and will never relinquish the copyright.

This post originally appeared in the St. John's Church newsletter, the Vaya Con Dios.
By Fr. John at 12:35 PM No comments: