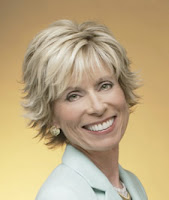 Laura Schlessinger, who's giving up her radio show after going on a tirade featuring the N-word last week, helped me be a better divorced dad and second husband. She's relentless about personal responsibility, especially when it comes to the conceiving and care of children, who are and ever will be victims of certain parents' selfish frivolity. If you don't think we need such teachers, please just look around.

Her unyielding testimony always reminded me of Hebrew Testament prophecy. In recent years the church has tended to define prophecy as broad statements about social justice delivered to friendly audiences. But back in the day, nobody liked prophets. They said radical things that put them in personal danger. Reading them for guidance today, we pick and choose. We prick up our ears when the prophets tell us to let justice roll down like a mighty stream but cover them quickly when we're commanded to slaughter the priests of Baal on the high places.

So it was with Schlessinger. When I listened, sometimes I winced because of what I was doing, other times because of what she was saying. She expected more from women than men in the emotional nurturing of relationships, for instance. If you were a single mother of small children, she said you could date again more or less when they were old enough to be sworn into the United States Senate. She was rightly criticized for stridency about gay and lesbian people, which, I'm told, she had abandoned. When revealing photos from her own reckless youth were circulated, critics said her sneering at callers' foibles was hypocritical, while she admitted her mistakes and said she felt called to share the lessons she'd learned from them.

At times, her righteous anger seemed to get the better of her. In 1998, she went tubular on a Coast Mesa surf shop for stocking a racy magazine. On bad days, when she seemed to find it unendurable to listen to yet another person who desired affirmation for poor choices, her icy contempt was hard to hear. Sometimes her frustration bubbled over, as when she tried to make a complicated semiotic argument about the most dangerous word in American discourse by repeating it 11 times on the air.

While it may be time for Dr. Laura to take a break, I'll miss her, as will all those who called with a real problem and constructive attitude and encountered a stranger with an amazing capacity for making a connection and dispensing useful advice within a few precious minutes. Her gift of instant empathy is an underrated but vital one in our self-fixated times. I always felt she cared about her listeners, especially those who evinced deep emotional pain or seemed to be in danger from themselves or others. Her focus and attentiveness at these moments was stunning, her compassion profoundly moving. Yes, she's said a lot of outrageous things and hurt many people's feelings over the years (though often, when their own actions were under discussion, they've deserved it). She's also helped millions in ways we'll never know. She'll be welcome back prophesying in my Saturn anytime.
By Fr. John at 10:16 AM

I share your experience and your appraisal, John. Thanks. Norris

Well said - I agree with what you have written ~ Gail

Thanks, Norris and Gail!