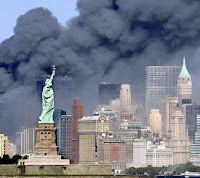 Writing at the conservative NRO blog, Reihan Salam nails it:

What I find bizarre about some of the conservative response to Cordoba House is not just the objection to the construction of the mosque, but the conviction that it should be stopped by any means necessary—even if that means violating conservative principles about property rights, rule of law, and federalism.

Part of supporting limited government is understanding that sometimes, things you don’t like will happen, and the government (especially the federal government) won’t do anything about it. Getting to do what you want comes at the price of other people getting to do what they want—including build mosques where you’d prefer they didn’t.

Given the number of people who are personally grieved (as opposed to politically motivated) by the idea of a mosque and cultural center two blocks from Ground Zero, it would obviously be better if it were built elsewhere. After all, why would faithful people, worshiping a merciful and loving God, want to give offense or injure feelings? When I was discussing the matter last week with a wise, constitutionally-minded friend, he said that using government power to stop the project would constrain the possibility of grace on the part of the project planners and others.

In this case, grace would be a gracious retreat to different space. But calling for the use of raw state power, wrapped in the velvet glove of historical preservation or concern for public safety, in order to interfere with the practice of a certain kind of religious observance is just about the least conservative thing I can think of. I'll hasten to add that most of us think that way most of the time. We desire a benefit or a policy outcome -- preservation of the death penalty, abortion rights, gay rights, national security, whatever -- and so we use lobbyists and lawyers to get it for us. The framers knew that people were constitutionally utilitarian, which is why they wrote a constitution that put process and certain immutable principles first.

Some people like to say that the terrorists hate what we take to be immutable western and American values. These are summed up nowhere better than in the First Amendment. Ground Zero was consecrated nine years ago as another of its living temples. I can't tell you the number of times I've heard people say or imply that putting process principles ahead of outcomes is for sissies. But not where the hallowed ground itself cries freedom.

We can dislike the idea of the Cordoba House and yet defend to the death its right to exist. Here's what my wise friend said (his tongue deep in cheek, wishing to illustrate colorfully that freedom comes in many forms): "My solution: Let 'em build it, and next door build a gay bar aimed at Muslim men, and upwind build a very smokey pork ribs joint. Now where's the grace in that?"