So Who's Running This War? 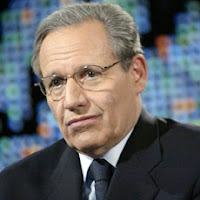 The leaking of the McChrystal [war] Plan [in September 2009] constituted a direct assault on civilian control [of the military].

Strong words. And that leak, presumably from a high-ranking Pentagon source, was to-- Anyone? Anyone? --him of the peerless Pentagon sources, Nixon hunter Bob Woodward, who figures in theories that Watergate was actually a proto-neocon coup against a Soviet-appeasing, Chicom-loving, Vietnam peace-seeking president.

I misread it at the time, thinking the leak was engineered by a White House that wanted to use McChrystal's seeming pessimism as an excuse to leave Afghanistan. In retrospect, Bacevich is obviously right. The brass were goading, and dissing, President Obama. (They did Richard Nixon even worse: They spied on him.)