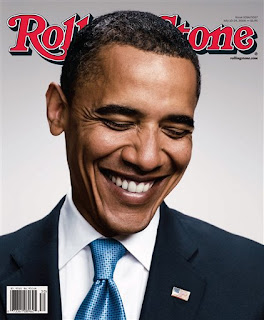 President Obama's historic compromise on taxes and unemployment benefits feels like the beginning of his second, six-year term.

His biggest political problem was the impression that he cared more about his health insurance and financial reform agenda than job creation and GDP growth. Republicans made it worse by refusing his pleas to extend unemployment benefits, which they said they'd never do unless he came up with compensatory budget cuts so that the relatively paltry amount needed to help the jobless wouldn't contribute to the deficit.

Today, in one deft move, Obama scored a win for those the economy is hurting most and showed that the GOP could be had. Not only did congressional Republicans not get their budget cuts, they got a two-year extension of tax cuts that will contribute even more to the deficit, at least in the short term. What their concession proves is that they never really cared about the deficit. They just cared about hurting Obama, and they'd have liked nothing better than to keep hurting him. But Obama realized that they care even more about their Reaganite supply-side ideology, whose cornerstone is relieving the tax burden of one of their key constituencies -- and, in fairness, those who are in the best position of any group of private individuals to invest in growth.

The deal on the tax cuts has predictably ignited the ire of the Democrat left, which is so obsessed with its own, soak-the-rich ideology that it too lapses into inauthentic posturing about the deficit. You can't argue for two years, as most liberal and progressive economists have, that the recovery of the economy depends on massive deficit spending by the government only to turn around and oppose tax cuts strictly on the grounds of fiscal prudence.

Some think the Reagan tax cuts in 1981-82 didn't do as much to ignite the decade's economic miracle as his champions do. Whether supply-side skeptics are right or wrong, today's news suggests that Obama gives considerable credence to what the Congressional Budget Office argued back in August: That putting a little more money into tycoons' pockets, on top of the modest gains the economy is enjoying already, sure can't hurt.

So look what the president's accomplished today. He's finally emerged as champion of the long-term unemployed. He's exposed deficit chicken hawks on both sides of the aisle. He's shown that he's willing to compromise with Republicans, which is what independents and indeed the vast majority of Americans want him to do. And he's taken actions that can't help but strengthen the economy and, as a result, his prospects for reelection.

All that, and Sarah Palin as GOP frontrunner. That's what I call a good day.
By Fr. John at 6:44 PM