Rider On The Storm 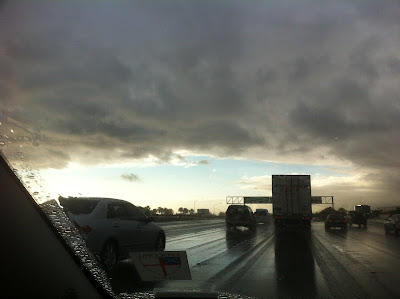 4:21 p.m.
It was pouring at St. John's in Rancho Santa Margarita when I left for a meeting at the Diocese. Out of Orange County, Interstate 5 (or the 5, as we say in southern California) runs northwest toward downtown Los Angeles. When traffic opened up north of Disneyland, we seemed to be headed into blue sky. 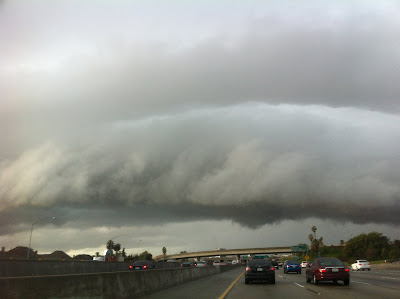 4:32 p.m.
As the freeway turned a few degrees north around Imperial Highway, which connects LAX to Yorba Linda, this cloud bank suddenly loomed. A moment later it was raining again. 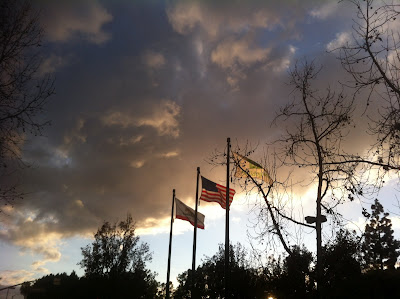 5:09 p.m.
Something about all that water. I took the opportunity to inspect a Holiday Inn in La Mirada. When I emerged, the rain was over. The storm seemed to be moving southeast at the same rate the rush hour traffic was moving north. 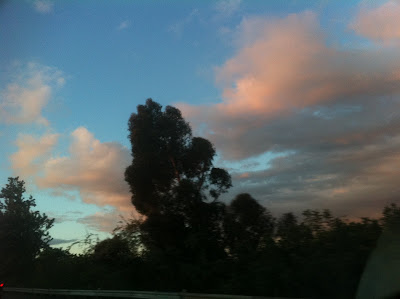 5:31 p.m.
I was 15 minutes from downtown as the setting sun colored the clouds lingering over the San Gabriel Valley. The foothills looked like they were on fire. I couldn't get a picture of that; too dangerous.
By Fr. John at 9:29 PM