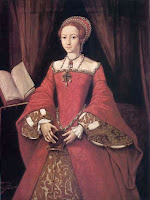 Go and say, as Episcopalian journalist and historian Jon Meacham did, that Barack Obama's birth control compromise was classically Anglican, and you will bring all the armchair politico-theologians out of the pews -- including me, disputing the assertion by Rod Dreher that Meacham's claim was ironic because The Episcopal Church is said to be losing numbers:

Anglicanism was never a majority position in the church. In Elizabeth I’s day there were far more Roman Catholics and Protestants; so too today. The classical Anglican is a little like the political moderate. His or her views are rarely represented in elite debates, in the same way that “middle way” Christians feel left out when the media portrays a conversation between Rick Warren and the local archbishop as being theologically diverse. What makes Obama’s birth control decision Anglican is that it stakes out a position between two ideological absolutes: Religious freedom vs. health care equity. Will it satisfy the unspoken-for middle in the electorate (I’m straining not to use Mr. Nixon’s term)? I suspect so.