You Don't Get To Decide, Unless You Must

Some excerpts from Hugh Hewitt's radio interview with George W. Bush about his memoir, Decision Points:

On faith and leadership: I think the first thing...is to understand you’re not God, and that you don’t get to decide. Secondly, I believe a faithful person is someone who fully understands his or her own inadequacies, and therefore relies upon a loving, redemptive Savior. And so it was, in one way, it was easy not to be judgmental when I’m trying to strengthen my own faith. And in the other way, though, it was easy to be judgmental when it came time to the practicalities of protecting the country. And I was very judgmental. I said these people are evil, and we will bring them to justice, because the most important job of the president is to protect the homeland.

[For] American presidents...it’s hard to become so totally intoxicated with power when you’re responsive to the people. But the people that became intoxicated by power 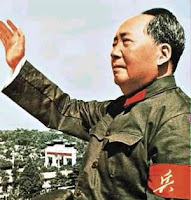 that affected me were like those idealistic souls that convinced others that their vision for the future was the right one, whether it be the folks who led the French revolution, or those who bought into Mao, or those who corrupted the Leninist movement in Russia. These are people that became so intoxicated with power that they ended up being murderers.

On meeting with grieving families: What was interesting...because we have a volunteer army, and because many of the folks who lost their life signed up after 9/11 and knew exactly what they were getting into, the parents really wanted to tell me how much that the sacrifice, how much their child really wanted to do what they were doing. And frankly, in many instances, they were there to determine whether or not I was going to make decisions based upon my own personal standing, or whether or not I was going to make decisions so that sacrifice would not go in vain. And it’s hard for people to understand this, but often times, or most of the time I met with families of the fallen, I became the 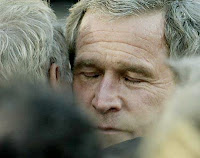 comforted one. I was supposed to comfort them, and they comforted me.

On politically motivated CIA leaks in 2004: I was convinced there were some, and very few, I’m talking about a handful versus the thousands that are dedicated patriots, but they were leaking information that kept getting into the New York Times, for example, that seemed to me, and was trying to make it difficult for me to be reelected. It’s like the same thing about the leaks on some of our security programs that emanated, perhaps, out of that agency. And to me, that’s unacceptable behavior. When people get into the CIA, they have sworn to secrecy, and that their job is to provide the president with the information necessary to make tough decisions, not to try to undermine the process.