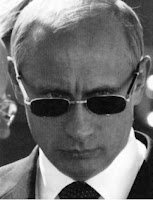 Julian Assange's cloudy, self-satisfied prose reminds me of the Unibomber's:

The more secretive or unjust an organization is, the more leaks induce fear and paranoia in its leadership and planning coterie. This must result in minimization of efficient internal communications mechanisms (an increase in cognitive "secrecy tax") and consequent system-wide cognitive decline resulting in decreased ability to hold onto power as the environment demands adaption.

Hence in a world where leaking is easy, secretive or unjust systems are nonlinearly hit relative to open, just systems. Since unjust systems, by their nature induce opponents, and in many places barely have the upper hand, mass leaking leaves them exquisitely vulnerable to those who seek to replace them with more open forms of governance.

In opposing the decisions of a self-appointed know-it-all about what secrets should remain as such, I'm not expressing fear and paranoia. I'm worried about the rational conduct of the government's business and the safety of those who live under tyrannical governments and yet are willing to provide U.S. contacts with valuable information.

In view of Assange's implied desire to nonlinearly hit less open or unjust systems, I'll be looking forward to reading more news from Beijing and the Kremlin. But does Wikileaks even have sources in those governments who are willing to take the risk of nonlinearly hitting their bosses? That's why Assange's whole argument is bogus. Logic as well as Wikileaks' pattern make clear that the governments of free nations are far more likely to be the victims of leaks, which means that it's those regimes, and not authoritarian or totalitarian ones, that will experience "minimization of efficient internal communications mechanisms."

Besides, if Assange got the secret Moscow and Beijing papers, would he have the guts to publish them? Palin and Huckabee talked about hunting him down. Putin and Hu might actually do it, and once they caught him, extradition probably wouldn't be an issue.
By Fr. John at 2:33 PM