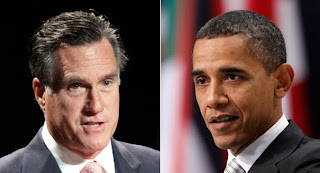 Blogger-in-chief Andrew Sullivan has been criticizing Mitt Romney for lying about Barack Obama. Though he has no use for Newt Gingrich, last week he admitted to a perverse hope that Gingrich would be able to perpetuate the GOP's chaos by over-performing in Florida. But this morning, Sullivan dutifully surveys the conventional wisdom, which is that Gingrich has no way to the nomination.

Here's hoping the pundits are right. In an odd commentary implying that all politicians are just like the narcissistic demagogue Gingrich and put their emotional needs ahead of the country, Chris Matthews predicts that he will stay in the race until the end just to make Romney's life miserable. If that's really Gingrich's plan, I pray his fellow Republicans will dissuade him at last in caucuses and primaries to come.

As for Romney's campaign so far, yesterday I sent Sullivan this comment:

Imagine being a moderate Republican, fiscally prudent and leaning to the center on gay rights and abortion. Your one time in government, that's just how you behaved. But now you want to be president. You could switch parties, but you grew up in the GOP, you believe in its historic values, and you think that with the right leadership it could again be the broad-gauge, non-ideological party of Lincoln and your own father. But you realize that only a Republican president could lead in that direction, and to be nominated you have to navigate the fire swamp that the party's become. What would your campaign look like?

This explains rather than excuses Romney's rhetorical excesses. I'm not yet for him or Obama. In the fall campaign we need and deserve a serious conversation between serious people with records they can't evade. Health care, gay and women's rights, Palestine, and deterring Iran without war are vital issues. Most important is the harrowing fact of 12 million-20 million unemployed, men and women who deserve a government that enables them to thrive. With a Congress that obstructs Obama out of spite, electing Romney may at least enable collaboration on economic growth and jobs. Either that, or we could throw some of the bums out out of the House.
By Fr. John at 7:35 AM