Chickens On The Board, Egg On The Ribbon 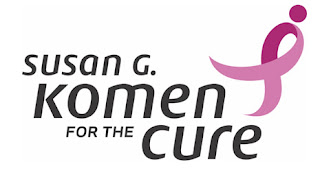 The Susan G. Komen for the Cure board is responsible for ensuring that the organization's non-profit purposes are being fulfilled. When the Komen staff decided to go after Planned Parenthood, I wonder what board members said and when they said it.

According to the New York Times, Komen had been dealing for years with opposition to its PP grants, though it doesn't appear that it had been more than a minor irritant. But then, the reporters continue, Komen went and hired itself a politician:

The discussion within Komen about addressing the objections of anti-abortion advocates intensified last year after Karen Handel was hired as senior vice president for public policy, several former Komen employees said. Ms. Handel, a Republican, had been secretary of state in Georgia and had run unsuccessfully for governor in 2010. During that campaign, she had spoken about ending financing for Planned Parenthood and said, “Since I am pro-life, I do not support the mission of Planned Parenthood.”

Komen decided to suspend PP funding on the flimsy pretext that it was compromised by a House investigation spearheaded by an anti-abortion member. When the move became public this week, PP's advocates pressured Komen to restore the funding. One Komen board member, lobbyist John D. Raffaelli, waxed philosophical:

Is it possible for a woman’s health organization to stay out of the abortion issue and help all women? I don’t know the answer to that yet. What we were doing before was angering the right-to-life crowd. Then, with our decision in December, we upset the pro-choice crowd. And now we’re going to make the right-to-life crowd mad all over again. How do we stop doing that?

Raffaelli is lamenting that Komen had a chicken and egg dilemma, well-known to Episcopalians and students of the Middle East. Jews and Muslims, Israelis and Palestinians have been serving chicken and eggs to one another all the way back to Abram and the Canaanites. Did church progressives leave conservatives by supporting full sacramental membership for gays and lesbians despite some conservatives' scriptural and intestinal objections, or did conservatives leave progressives by trying to take their congregations and dioceses out of The Episcopal Church in response to the progressives' moves? And did Komen inject itself into the abortion debate by funding an organization that performed abortions as well as breast screenings or by changing course and trying to end the funding?

Your answer may depend on whether you're a chicken or an egg. On this issue as on most, I'm a Denny's meat-lovers scramble. You can theoretically say that Komen took a stand on abortion (about which Americans remain profoundly divided) by funding PP breast cancer programs. But that would be political Donatism -- saying that all PP's good work for women is moot because a small percentage of its funds is used for abortions. Thanks to Komen, its work includes potentially life-saving clinical breast exams and mammogram referrals in poor neighbors where PP is the only organization available to provide the services.

If anti-abortion folks at Komen had had the courage of their convictions, only women's health organizations passing the pro-life litmus test would've been eligible for grants. But how many such organizations are there, do you imagine? Instead, they came up with the under-investigation dodge, a clever politician's maneuver that was their undoing.

I'd like to know what Raffealli and his fellow board members said to staffers who broached the policy change that would plunge Komen into chaos. It would have been one thing if anti-abortion protests were seriously interfering with Komen's events and fundraising, but there's no sign that they were. Even in that case, Komen would have had the opportunity to reassert its core mission -- saving women from breast cancer -- and promise protestors and the public that it would not be intimidated by anyone trying to pick a fight over abortion. But Komen wasn't facing a crisis. It wasn't drawn into the abortion debate. It drove in. On Friday, Komen founder and CEO Nancy Brinker said:

We do not want our mission marred or affected by politics – anyone’s politics.

Politics is what you get when you hire politicians. At least according to the Times report, Handel played a key role in developing the anti-PP policy. The board got chicken. And now Komen has egg on its ribbon.
By Fr. John at 9:44 AM

Great one, John! And best closing line of yours ever!

With thanks and blessings to the Rev. Lisa Rotchford!