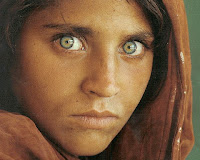 The Economist on the Obama administration's newly announced plan to be home from Afghanistan in 2013:

Accelerating the pace of the transition and cutting the numbers of the Afghan forces inevitably risks eroding the real security gains that have been made in the south (particularly in Helmand and Kandahar provinces) since America’s “surge” in 2010. It also places in jeopardy the aim of a concentrated effort to peg back the insurgency in the still-violent east during the next two fighting seasons. Before [Defense secretary Leon] Panetta’s announcement, General [John] Allen’s job looked difficult but doable. Now it just looks difficult.

What makes all this so unfortunate is that there has recently been some progress in coaxing the leadership of the Taliban towards the negotiating table—a tribute of sorts to the potential success of the previous (as it must now be regarded) transition plan. However, a secret NATO report, leaked this week, called “The State of the Taliban”, based on interrogations with more than 4,000 Taliban and al-Qaeda detainees, painted a picture of an insurgency that is resilient and likely to remain so for as long as Pakistan believes it is in its strategic interests to give it material and moral support. The confidence undoubtedly owed something to the bravado of some of the interviewees. The Taliban’s senior leadership, better informed, may well be less optimistic about their prospects—although most Afghans yearn for peace, few want to see the return of the Taliban to Kabul. But Mr Panetta’s words, intended primarily to pander to opinion at home, can only have given them encouragement and stiffened their resolve.