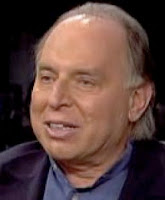 Martin Peretz says the upheavals in the Arab world and the pact between Fatah and Hamas have doomed the peace process:

There are no subtleties to the political and religious aims of the people who now govern Gaza. It is a febrile Islamist movement, allied with Iran and with Syria. It has murdered many more Arabs than it has killed Israelis—but not for wont of trying. A Fatah spokesman has assured the Palestinian masses that Salam Fayyad will not be a member of the interim government that should emerge from this pact. If you are hopeful about peace you are crazy. Barack Obama has thus far said nothing. It is very hard to comment when, day after day, one illusion after another, one delusion after another crumbles in the sands.

Say goodbye to Palestine. At least for the foreseeable future. And even if the General Assembly recognizes the fable for a fact.