The strawman here is Perlstein's imagined claim that Nixon was responsible for the political polarization of the late 1960s and after, down to our own time. If this were actually 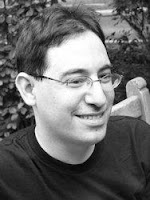 Perlstein's argument, his book would be pure partisan hackery, not to mention boring and unoriginal. Plenty of people have blamed plenty of things on Nixon; nothing new in that.

Where Perlstein scores, and scores big, is in accepting that many of Nixon's basic assumptions about politics (at least those not rooted in paranoia) were accurate. There really was a silent majority; there really was a widespread belief among middle-class whites and white ethnics that elite liberalism and civil rights were succeeding on the backs of their own suffering. This sentiment led to class and racial warfare and left white middle-class Americans ready to drop liberal causes in exchange for security and the maintenance of the status quo. It also made them racist, in the way that petit-bourgeois people often become racist in times of economic strain: in a desperate desire to maintain their status above the people and races in the class below them.

Thanks for your post and for linking to mine. It’s been a couple of years since I read Nixonland. I read it on Kindle, and I believe the author actually got the ne 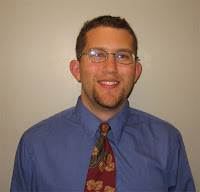 ws from me that it had been Kindled. I mention this only because all my underlining is somewhere on Amazon’s server and therefore a little too difficult to get at. So my comments are impressionistic rather than specific, and I apologize in advance if I’ve forgotten something from Rick’s massive and entertaining narrative.

All that being said, I readily concede your basic point. I get that it wasn’t a Nixon biography and that Rick was saying that Nixon was superbly prepared by his upbringing and temperament to understand and exploit the fears and resentments of those you refer to as petit-bourgeois people. I’ll even go so far as to say that a better title would’ve been “Americaland,” seeing as — according to your own analysis — Rick was arguing that Nixon was the incarnation of our country at its worst.

Making Nixon seem like the target was the smarter move, since otherwise it would’ve been obvious that Rick was actually excoriating the tens of millions of fear-motivated, sometimes racist petit-bourgeois people who voted for him. Of course one person’s petit-bourgeois is another person’s indispensable GOP primary voter. That being said, as I recall, Rick showed that Nixon was exceedingly careful about what he said about so-called wedge issues during 1966-68. He eschewed the cheerful demagoguery of Gov. Reagan, for instance.

And then there’s the matter of what he did in office. The southern strategy is one thing, but telling George Shultz to get schools in the deep south desegregated is another. The law and order issue is one thing, but setting up methadone clinics in the big cities is another. I don’t recall that Rick seemed very interested in Nixon’s policy agenda. But his breathtaking foreign policy, and what Nixon library director Tim Naftali recently called his progressive domestic initiatives (from the EPA to national health insurance), would seem to have deserved at least equal mention alongside his political tactics.

If Nixon the politician was a reflection of America at its worst, what might we say about Nixon’s substance? Given that the petit-bourgeois masses gave the author of that relatively progressive agenda an historic landslide re-election victory, don’t both Nixon and all those angry, fearful Americans, thanks to his leadership, look like something far greater than the sum of their resentments?

I don’t say this to minimize Watergate. But as I assume Rick would be among the first to concede, Watergate’s biggest winner was the Goldwater-Reagan right. Did Nixon’s failure make RINOs an endangered species? It appears so, and I think that’s a devastating loss. You write that we need drastic action to solve our problems, whereas I, a committed incrementalist, get the willies just typing the words. I’m with Stephen Ambrose: When we lost Nixon, we lost more than we gained.

My principal beef with Rick’s book, having to do with the Ellsberg break-in, is here.

Thanks again. I tried to leave this at Daily Kos, but it wouldn’t let me sign up!

Here's my response, cross-posted from the comment thread at The Crolian Progressive:

John, thanks for a very thoughtful comment. I’m glad you recognize that the book isn’t a biography of Nixon; I had a feeling you might, in fact. I was mostly using your post as a conversation piece, because it made me think — not trying to blame you for the misinterpretation held by others (George Will especially).

Since you were there on the ground, I’m interested to hear your take on Nixon’s progressive domestic policies. The general view I get from historians of the period (I mostly study the Progressive Era, where the world ended during World War I) is that Nixon’s EPA policies and the rest were smokescreens to enable him to kill the War on Poverty and continue Vietnam without alienating left-leaning moderates and independents. Which is to say, the sense is that anything “progressive” about Nixon was a ploy, much like Mitt Romney backing civil unions in 1994 or John McCain supporting pro-torture legislation in 2006 — actions that clearly were done for political gain only, not out of moral conviction. Do you have the sense that this is incorrect with regard to Nixon?

As to the fact that racist Americans who supported ending the War on Poverty also backed the EPA and methadone clinics, I’m much more cynical on that than you are. White Americans have always wanted to pretend they are solving the systemic problems with our society without actually doing the hard legislative work to make that happen. Of course, this is a political disagreement, as is our difference over incremental change; you’re absolutely entitled to your opinion.

Nixon’s foreign policy is an interesting issue. I find some of what he did reprehensible (esp. the bombing of Cambodia — probably the most brazenly impeachable act committed by any president in the twentieth century) and some laudable at least in its outcomes (the China trip). Ultimately, I would say that the Kissinger strategy of backchannel negotiations is a bad idea even when it sometimes leads to diplomatic breakthroughs, as in China; it sets bad precedents and encourages illegality. But I don’t want to dismiss the opposing view, which credits great achievements to this process that could not have been realized otherwise.

Finally, it seems you are in the right in your discussion of the Ellsberg incident. It’s strange of Perlstein to acknowledge he made a mistake but still claim he is right overall. Much like Jon Kyl saying his incorrect statement about Planned Parenthood “was not intended to be a factual statement.” I would hope that Perlstein would try to fix the error in future editions.

Again, thanks for your comment. I added it onto the end of my post at Daily Kos, so you’re represented there as well. Sorry you had trouble registering to comment; they do have a one-day waiting period there for new registrants, so that could be the problem you’re experiencing.

I won't repeat my comment in response to John's and Jeremy's, which I put up at Jeremy's blog. Yeah, wandered off on to a tangent, that's what led that one Archives professor dude to rail against me once, when he said I was the enabler of a corrupt culture at the National Archives.

Had to post a small correction (it's 11:30 in the east and I had to get out of bed where I was reading (oh noes, she keeps a netbook on her nightstand) and crank up some music in order to get my mind half going again. Plz overlook any fuzziness.

John, didn't I tell you Jeremy was a cool dude at The New Nixon, back in the day? [grin]

Thoroughgoing analysis and most interesting. The comment I would have is that the press and media do what they do and anyone's good deeds are not nearly as good copy-wise as their gaffes.

Now having said that it is true that President Nixon made some enormous mistakes and committed some crimes (or was at least complicit from what I read), but it is correct to say that many of the progressive things he did certainly didn't make the good copy that the other stuff did/does.

“The evil that men do lives after them, The good is oft interred with their bones.”

Thanks for your comments, Mr. D and MK. The one I left on Jeremy's blog, in response to his above, is as follows:

"Thanks for your reply. I can’t agree on Cambodia, and neither did Congress. Even when the House Judiciary Committee was in an impeachment mood in 1974, it couldn’t manage a majority on Article V, which concerned the Cambodia bombing.

"Maarja gets it just right on the domestic policies. Nixon’s heart, formed by his progressive father, was in them, but not necessarily his passion. As for the politics, I think Nixon assumed they worked against him. On one occasion, after a conservative columnist wrote that all Nixon’s liberal stuff was going to anger the GOP base, he froze out his domestic affairs for three weeks.

You're right that Congress didn't agree; I just have a different take from them, in hindsight.

Interesting comments about Nixon's heart vs. his passion. I think I agree -- well put. And thanks again.