Our Heaven, God's Heaven, And Hell 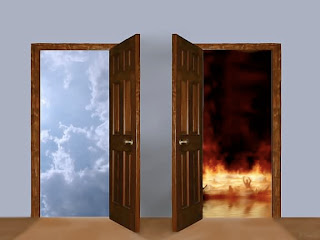 Ross Douthat is worried that while Americans' belief in God and heaven is strong, our fear of hell is waning:

As Anthony Esolen writes, in the introduction to his translation of Dante’s “Inferno,” the idea of hell is crucial to Western humanism. It’s a way of asserting that “things have meaning” — that earthly life is more than just a series of unimportant events, and that “the use of one man’s free will, at one moment, can mean life or death ... salvation or damnation.”

If there’s a modern-day analogue to the “Inferno,” a work of art that illustrates the humanist case for hell, it’s David Chase’s “The Sopranos.” The HBO hit is a portrait of damnation freely chosen: Chase made audiences love Tony Soprano, and then made us watch as the mob boss traveled so deep into iniquity — refusing every opportunity to turn back — that it was hard to imagine him ever coming out. “The Sopranos” never suggested that Tony was beyond forgiveness. But, by the end, it suggested that he was beyond ever genuinely asking for it.

Douthat blames our hellessiousness on two factors. The first is our big-hearted pluralism, or what I call the interfaith dilemma: How dare Christians (or Muslims) say that faithful adherents of other faiths will be consigned to perdition just because they were born and raised in the wrong cultural and religious milieu? What disturbs him far more is pastors' and theologians' falling back on the notion of an infinitely benevolent God as they try to explain why bad things continually happen to good people:

[I]f it’s hard for the modern mind to understand why a good God would allow such misery on a temporal scale, imagining one who allows eternal suffering seems not only offensive but absurd.

Douthat worries that insisting that God redeems and saves everyone devalues human life by reducing the significance of human choices. Put another way, why waste all that effort being good if you'll get into heaven anywho? St. Paul grappled with the same dilemma in Romans 6:1:

Should we continue in sin in order that grace may abound? [NRSV]

On the contrary. Being joined to Christ in baptism, Paul continues, enables grace to lead us from sin to righteousness. Putting it in interfaith terms, the closer the spiritual searcher hews to the mind and heart of God, the more likely she is to please God. She w 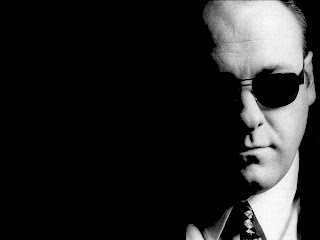 on't be able to help it. Christians understand that the Incarnation gives them a leg up on proximity to the divine. When we seek to imitate God, we have the advantage of a teacher and savior who uses our language, argues through everyday analogies (as in the parables), and even suffers and weeps as we do.

When closeness to God becomes a habit, a way of being, we understand that we're experiencing a foretaste of heaven. Hell would be the opposite, the ultimate isolation from God, a loneliness so terrible that the sufferer might prefer the distraction of demons with pitchforks. Someone to talk to, at least. So I don't share Douthat's concerns about the church's underemphasis of the underworld. Actually, I'm surprised that anyone who believes in God's omnipotence worries very much about the church. It's up to God to figure out how to draw his creatures closer to him, and God evidently believes that our hunger for relationship with him and one another is ultimately more compelling than fear of fiery perdition. Maybe it's because, at least in the west, we're living in societies where family and social relationships people once took for granted are fraying and even disappearing. If you want to see what hell looks like, visit a nursing home where someone's mother spends 20 hours a day lying in bed, rarely if ever visited by someone she loves.

Lurking behind the theological consensus that hell as humans usually portray it isn't logical is a third factor Douthat doesn't mention, namely the sovereignty of God. How could any soul, no matter how blighted, lie outside the saving power of a creator who repeatedly promises to lose or give up none that he has made? I've had conversations with evangelically inclined friends who say that, if it were up to them, gays could marry and Jews could be saved, but the Bible insists otherwise. But by their very nature, God's creatures can't be more compassionate than God.

This Easter Monday, I proclaim my faith in the saving power of the risen Christ and yet find that I am humble enough to accept that God's imagination mightily transcends mine and even that embodied by the church's doctrines. Douthat argues that evil people should have the right to make their choices in the world and receive the corresponding recompense in the hereafter. If I were running the universe, that's probably the rate card I'd come up with, too. There are people, the all-too-numerous real Tony Sopranos of the world included, that I would never let into my heaven. But you spotted what was wrong with that sentence right away.
By Fr. John at 5:34 PM

But is Tony's mother, Livia Soprano in heaven? She was a spiteful, life-draining, amoral harpy who manipulated and ruined those around her just because she could. On the other hand, she probably suffered from borderline personality disorder, major depression ans may even have been a clinical psychopath. How could God judge Livia fairly if he made her that way?