They Paved The Holy City, Put Up A Parking Lot 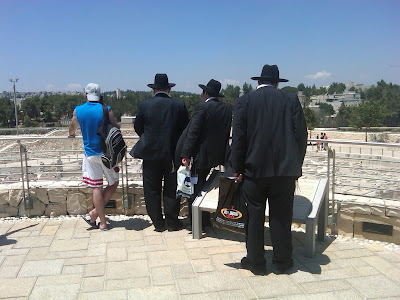 When Jerusalem's municipal government opened a new parking lot for those visiting the Old City, ultra-Orthodox Jews begin protesting and rioting because it's open on the Sabbath:

Yoelish Kraus, the operations chief for the Eda Haredit, the militantly Orthodox organization behind the protests, said the mayor’s mistake was announcing the opening of the parking lot at a news conference. As soon as there is a public sanction for violating the Sabbath, he said, “we have to fight.”