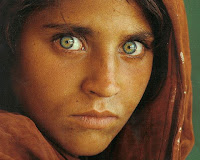 Because I think that, thanks to Richard Nixon's policies, South Vietnam might have held on indefinitely if the U.S. Congress hadn't deprived it of guns and bullets after our troops came home in 1973, I resist Vietnam-Afghanistan comparisons. Yet it's a weird experience reading this "Economist" survey of recent developments and substituting "Viet Cong" for "Taliban" and "Diem" for "Karzai."

To venture further into the analogy, Afghanistan was Bush's intervention (substitute the Vietnam-era "JFK") and Obama's escalation ("LBJ"). The danger is whether the U.S. will end up taking ownership of the Afghans' faltering regime as we did when we acquiesced in the coup against Diem in 1963.

Bush managed to commence the U.S. extraction from Iraq before its government could lose legitimacy as the result of being pegged as a U.S. puppet. Obama will have that model to follow, ironically enough. If he doesn't, and if the U.S. military effort escalates as the Afghan regime grows weaker, we'll need another new Nixon to try to clean up the mess.
By Fr. John at 9:46 AM