Of Course A Cheerful Scandal, It Wasn't 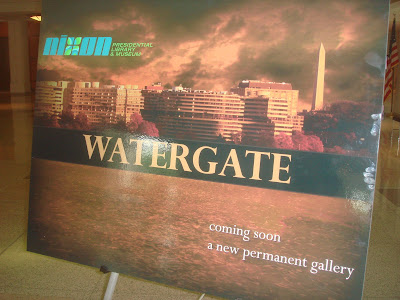 The Nixon Foundation authorized the removal of the private Nixon Library's original Watergate exhibit (not a favorite of scholars and journalists) in March 2007. While federal Nixon Library officials offer no official target date for the re-installation, Library visitors may now view this photo, which has an "Independence Day" or "Close Encounters" kind of a thing going on, the distinct flavor of Revelation 6:12-13a:

I watched as he opened the sixth seal. There was a great earthquake. The sun turned black like sackcloth made of goat hair, the whole moon turned blood red, and the stars in the sky fell to earth... [KJV]