Church And State, Together Forever 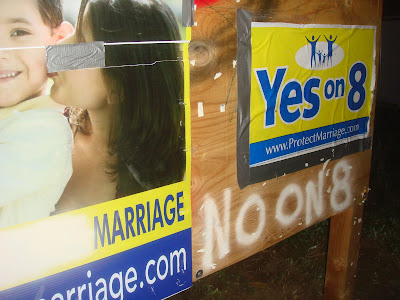 NPR reports on whether President Obama's rules for faith-based initiatives will vary from W.'s, as candidate Obama once hinted that they would.

Churches are exempt from many civil rights laws. If I went to my local Chabad center and demanded a wedding ceremony, and it demurred on the basis of my not being Jewish, my discrimination lawsuit would be cast into outer darkness. If an Episcopal bishop suggests to a male rector of a church that he call a female associate rector so that the people of God are continually reminded that the genders are equal before God, a spurned male's legal complaint would be a Hail Mary at best.

By the same token, as the NPR piece discloses, Southern Baptist groups receiving federal grants were permitted under Bush administration rules to discriminate in hiring on the basis of sexual orientation, since they believe that homosexual activity of any kind is a sin. Other organizations receiving federal funds, such as schools, colleges, and non-religious nonprofits, are required to comply with federal law. Though Obama said during the campaign that he'd change the faith-based policy to match, there are signs that he might not. World Vision, the conservative evangelical charity, says that if it's forced to act against its conscience in hiring, it won't take any more faith-based grants.

During the debate over Prop. 8 in California last fall, proponents said that if voters didn't pass it and gay marriage was affirmed, anti-discrimination laws would be used to force pastors to marry same-sex couples. Citing the same religious exemption now being invoked by the Southern Baptists, our own Episcopal bishop in Los Angeles, Jon Bruno, reassured his priests that none would be forced, either by him or the government, to conduct any marriage to which a priest objected.

Anti-Prop. 8 forces called the warnings about lawsuits a lie. To me, they sounded like far-fetched but not-inconceivable conjecture. While anyone can sue anyone for anything, Bishop Bruno was absolutely right that pastors may still reserve the right to marry whom they choose for whatever reason. But think about this: What if a pastor refused to marry a couple because they were African-American? Technically, it sounds as though they'd have no legal recourse. They might not even want one, since they probably wouldn't want to force a racist to marry them. Besides, if word got out, as it surely would, there wouldn't be much of a church left.

But what if the couple did sue? I'm not a lawyer, and so I don't know what would happen or has happened to any such claims over the years. In the case of the black couple, it might be hard for a judge to avoid trying to find some basis for affirming a federal civil rights claim. While most parishes don't get federal money, one toehold for a plaintiff might be the federal tax advantages enjoyed by Protestant pastors.

I'm not arguing that it was good Prop. 8 failed so that pastors would be safe from hyper-hypothetical lawsuits. I'm sure that for a number of years, perhaps even for a generation or two, churches that consider all homosexual behavior to be a sin would be able to avoid marrying gay and lesbian people. For me, the more important question has to do with the intersection and interaction of church and state.

The case can certainly be made that the church sometimes falls prey to the temptation to spend more time talking about politics than individual righteousness. Others in the church see the sinful secular world as a continual affront. By their lights, efforts to decriminalize homosexuality and eventually the broad social acceptance of gay and lesbian people were worldly fashions, like MTV and pre-marital sex, that the church is honor-bound to resist. These pastors urge their people to be in but not of the world, temporary occupants of a broken landscape who are girding their souls for heavenly glory.

As we consider alternatives to this world view, discrimination against African-American again provides a useful case study, since for several generations after 1865 the very idea of racial equality was viewed by millions as a fad and an abomination. Pastors trotted out biblical texts to prove it. Today, we recoil in disgust from such perversions of God's word. The obvious question is whether in 50 years, we will do the same as we remember those who insisted that gay and lesbian people (and, in many realms of the church, women) should be declined equal sacramental status.

Whatever happens, the church should think more about the interaction of decision-making in its own councils and society at large, especially when the society, like ours, is large, vibrant, and free. Though it took a lot of prodding, often from the church, the body politic has done well when it comes to women and ethnic minorities, though other realms of the church lag behind. Was the Spirit of God at work in the work and words of non-churchgoing Abraham Lincoln and other who fought to liberate the slaves? Does it guide those who fight to protect women against injustice around the world? Might it even be at work as people of conscience debate about the definition of civil as opposed to sacramental marriage?

The outcome of Prop. 8 shows that voters remain ambivalent about gay marriage. When the church gets too far ahead of societal consensus, it risks being fractionalized and even marginalized, as the crisis in the Anglican Communion demonstrates. But when one nation under God does finally make up its mind, faith communities will always have some explaining to do if they don't follow suit.
By Fr. John at 11:26 AM

A friend wrote as follows:

"You say:
<< By their lights, efforts to decriminalize homosexuality >>

"I know of no one advocating that homosexuality be criminalized. And indeed, even the Georgia anti-sodomy law at issue in Bowers v. Hardwick was democratically removed from the books by the Georgia legislature.

"As to the broader issue, it is very important to note a point that is too often lost, perhaps even in your piece. That is the distinction between discriminating on the basis of action versus discriminating on the basis of condition. The gay agenda for the first time has equated the two in a unfair and perhaps dishonest sleight of hand without analysis. My God cares about my actions, not my skin color and not my proclivities, which my God knows are often not Holy. This blurring could hurt our ability in the future to make proper ethical decisions.

"Suggesting that the human rights implications of "being black" are the same as 'committing sodomy' might be insulting to those who have suffered due to their skin color. Perhaps we sophisticated white folks should ask black folks their views on the difference between discrimination based on skin color versus discrimination based on sexual activity that is outside the natural evolutionary imperative of humans (and clear moral standard of virtual all religions). Oh wait, Prop 8 did just that, and our black friends let us know their answer to that question. Is it right for white folks to now reconstruct the meaning of Loving v. Virginia (the miscegenation case) to suit our ever-so-enlightened views?"