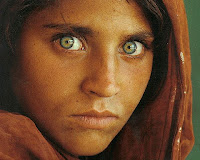 As the AP's Anne Gearan reports, President Obama said yesterday that public support for the Afghanistan war is waning "because we've been there ten years, and people get weary." She continues:

Just as he patterned his troop "surge" in Afghanistan on a successful military strategy in Iraq, now Obama is patterning his withdrawal from Afghanistan on the Iraq template as well.

The flaw in the pattern is that while George W. Bush's Iraq surge is viewed as a success, the increased U.S. commitment that Obama announced in late 2009 isn't. Gearan:

By the time the U.S. forces switched to the advisory role in Iraq, the back of the Sunni insurgency had been broken. The same cannot be said for the Taliban-led insurgency in Afghanistan, which causes most of the U.S. casualties and functions as the main enemy even if Obama's preferred opponent is the al-Qaida terror network the Taliban once harbored.

As a candidate, Obama didn't see the vital U.S. interest in Iraq, and he naturally opposed the Bush surge. In Afghanistan, he did see one, so he surged. A for effort? Only if you agree, as I didn't, that the best solution was more troops for stabilization and nation-building instead of using intelligence, special forces, and other covert means to keep Afghanistan from becoming a laboratory for terrorism again. If we had known Sept. 11 was in the offing, the U.S. almost certainly could have neutralized the Taliban and al-Qaeda just based on what we saw from afar. We'll now be a hundred times more vigilant, and especially so Obama, since he knows that any attack emanating from Afghanistan would be blamed on his decision to withdraw.

Friends also tell me that a continued U.S. presence contributes to Pakistan's stability and security. And yet according to the Institute for the Study of War, our policy has been undermined by national security-conscious Pakistani officials who support our enemy the Taliban because they also happen to be Pakistan's anti-India proxies. Who need to be caught in the middle of that chess game?