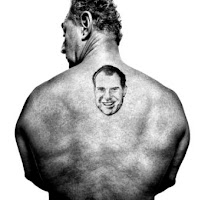 Announcing that he's leaving the Republican Party to register as a Libertarian, veteran operative Roger Stone surveys the GOP field:

That the Republican Party can only produce Mitt Romney who was an independent during the Reagan-Bush years (and only converted to conservatism after serving one term as governor never intending to run for re-election while always planning to run for president), Newt Gingrich, a thrice married ego-maniac with delusions of grandeur and Rick Santorum, a religious fanatic, who would tell other people how to live, as presidential candidates proves the GOP may be going the way as the Whigs.