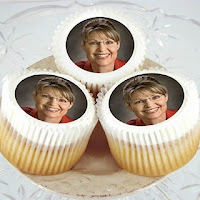 Speaking to Laura Ingraham the day before Thanksgiving, Sarah Palin took on the first lady's campaign against childhood obesity:

Take her anti-obesity thing that she is on. She is on this kick, right. What she is telling us is she cannot trust parents to make decisions for their own children, for their own families in what we should eat. And I know I'm going to be again criticized for bringing this up, but instead of a government thinking that they need to take over and make decisions for us according to some politician or politician's wife priorities, just leave us alone, get off our back, and allow us as individuals to exercise our own God-given rights to make our own decisions and then our country gets back on the right track.

Except that if Obama was really saying that some parents can't be trusted to make good decisions about their kids' eating, she'd be right, since they've been filling them up with french fries and chicken stars. As a result, in Alaska, for instance, 12% of high school students are obese, according to the CDC. As for getting kids onto the right track, it must be the beaten track to the vending machines, because 54% of Alaska's high schoolers don't even get weekly PE.

I'll bet I could go on line and fine someone who manages to blame big teenagers on big government. Just go to the mall some time. Are we a rounder people than 20 years ago? Fifty? You know that we are. Is government plotting to super-size us so we'll be easier for al-Qaeda to find? Did Barack Obama really make you eat that orange-flavored chicken?

Sure, if you check out what the White House has in mind, it's a typical regulatory bulk-up. That's what government does, especially when people seem to be unable to take care of themselves. In response, Palin might've said this:

There's no question that we've got a problem with overeating in our country, and it's hurting our kids most of all. But while I agree with the first lady's assessment of the problem, I sure don't care for her solutions. If we don't start following some common sense rules about nutrition and exercise, you can bet that there's a team of bureaucrats back in Washington that's already trying to figure out how to get a warning label and fatty tax onto your Krispy-Kreme. Unless we want that to happen, I want all my mama grizzlies to pack an apple in their little cubs' lunch this morning instead of a juice box.