The End Of The World At Coney Island 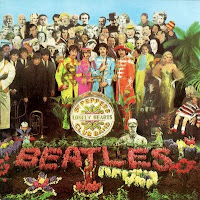 
My God. Have not listened to this in 20 years. I assumed it would sound like a dated psychedelic artifact. Naw. This is a record about loneliness, depression, age, death, suicide…masked in a circus-musico format. The end of the world at Coney Island, with raunch guitars, superb vocal arrangements, and gut wrenching singing. It’s the Beatles, of course. Unfair to compare them with anyone else. This was like finding a forgotten Van Gogh in the closet. The record was recorded on a four track tape machine 33 years ago. Where has our technology taken us? I would borrow from William S. Burroughs in inferring that modern digital technology may be leading us toward boredom and oblivion....

Email ThisBlogThis!Share to TwitterShare to FacebookShare to Pinterest
Labels: The Beatles, Tom Russell