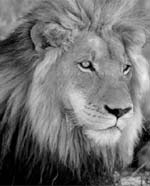 Jack Dreyfus's death today, at the age of 95, closes a noble chapter in Wall Street history which has an odd pharmacological footnote. The legendary founder of the Dreyfus mutual funds, who helped pave the way for a revolutionary increase in the rate of individual investing and gave millions a new stake in the stock market (for better and, of course, worse), was also an obsessive promoter of Dilantin, an anti-inflammatory drug used to treat epilepsy but which Dreyfus credited with helping with his depression and also promoted for treatment of a variety of other ailments.

Experts disagreed, but Dreyfus persevered. Many years ago, President Nixon's elder daughter, Tricia Nixon Cox, and I visited him in New York City. He spent the whole time talking about Dilantin and said that if the Nixon Library would help him with his crusade, he would help the Library. Since lobbying the FDA was within neither our abilities nor our portfolio, his contribution remained unconsummated.

He had already been a generous friend of the late President over the years. When RN was running in 1968, besides being a contributor, Dreyfus sent over plenty of Dilantin to help him bear the burdens of the campaign. Mr. Nixon was always careful about doctors' orders and completely disinclined to self-medicate, so there is almost no doubt the stuff ended up in the plumbing system of the Nixons' Fifth Avenue apartment. But when British scandal merchant Anthony Summers tracked Dreyfus down while researching, if you can call it that, his 2000 book Arrogance of Power, Dreyfus of course said that Mr. Nixon had gobbled down 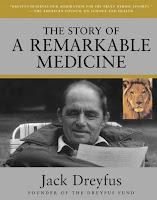 Though Summers must've seen the same manic glint in the great man's eye that Tricia and I had, the story made it into the book with no further checking. Then the usually more careful New York Times made matters worse. In exchange for getting first dibs on an advance copy of the Summers book, the Times's Adam Clymer rushed out an article that gave widespread credence to Dreyfus's and other otherwise unsubstantiated and appallingly false claims. A week later, the Times thought enough of contrary assertions by President Nixon's White House body man, Steve Bull, who saw Mr. Nixon almost every day of his Presidency, and me that it ran a followup story:

Mr. Bull, who is now director of government relations for the United States Olympic Committee, said: ''I never saw any evidence that he used any medication of that kind. Never.''...

Mr. Taylor produced a summary of White House records from April 1969 through mid-1973 recalling numerous attempts by Mr. Dreyfus to gain government backing for Dilantin through Mr. Nixon. The records state that Mr. Nixon met with Mr. Dreyfus now and then socially, but they portray the president as reluctant to get into lengthy discussions about Dilantin.

Mr. Taylor said that Mr. Nixon might have accepted Dilantin from Mr. Dreyfus so as not to hurt his feelings, but that if he did he threw it out rather than taking it.

Which is exactly what we in the former President's offices in New York and New Jersey did when Dreyfus sent us our own batches. Today, Dreyfus's Times obit repeats his statement that he gave pills to RN in 1968 and also discloses:

From 1990 to 1997, he also sought the help of Gov. Frank Keating of Oklahoma to promote the use of the drug to control violent tendencies in inmates. Governor Keating wrote every governor in the country, as well as President Bill Clinton, to recommend experimenting with Dilantin on inmates. Over the course of a decade, Governor Keating and his family also received $250,000 in gifts from Mr. Dreyfus, which they returned after the gifts came to public attention.

The lion of Wall Street now prowls heaven's Serengeti, safely beyond the reach of both Dilantin and derivatives. May light perpetual shine upon him.
By Fr. John at 4:57 PM