From Expansion To Retraction 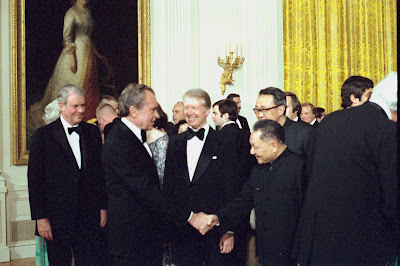 The last time the U.S. underwent a strategic retraction was in the early 1970s. The starting signals came in then President Richard Nixon's address to the nation on the war in Vietnam on Nov 3, 1969 and the annual foreign affairs report his administration submitted to Congress in Feb 1970.

Nixon said back then the U.S. would still honor its obligations spelled out in the treaties it had signed with its allies, but it was impossible for the U.S. to defend all "free countries" in the world and those under security threats should rely on themselves more than on any other nation, because the U.S. would not plunge into another protracted conflict like the Vietnam War ever again.

That is the so-called Nixon Doctrine, of which the gist is to pursue a strategic retraction by reducing the defense obligations the U.S. had to fulfill around the world. Between then and the early 1980s the country basically remained in strategic retraction, mostly because the U.S. was sinking deeper in the swamp of Vietnam War with the society bitterly split.