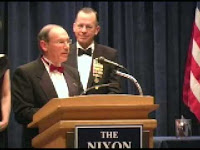 Dov Zakeim, writing in the former Nixon Center's National Interest, warns that if the U.S. leaves Afghanistan too hastily a dangerous civil war might commence between India's and Pakistan's proxies. He writes:

It was precisely such an alignment of forces that led to the Taliban’s triumph in the late 1990s, followed by its sponsorship of al-Qaeda and the trauma of 9/11.

Indeed, [Afghan] President Karzai’s seemingly erratic relations with the United States can best be understood in terms of his concern about the future cohesion o 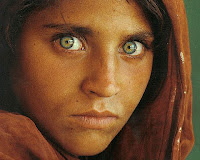 f his country once American forces depart. Should anything remotely like this civil-war scenario manifest itself again, America’s decade-long war will have been for naught.

The difference between then and now is that any president would make clear through words and action that the hint of renewed Taliban-al-Qaeda collaboration, or any threat to the homeland emanating from Afghanistan, would be intolerable. As for the regional interests Zakheim mentions, especially the possibility that Pakistan itself, a nuclear power, could fracture, they're obviously important. But before Sept. 11, none would've justified U.S. and NATO intervention in Afghanistan.

To some extent the U.S. deserves to be held accountable for whatever it's done to alter the regional landscape, including by raising hopes in some circles that, having stayed ten years, we might stay 20. But the Obama administration's critics should remember that there was no mystery about the limited and highly focused motive for our intervention. The American people supported the war because the Afghan government was a Sept. 11 conspirator, not because we were concerned about Pakistan, Uzbekistan, or Tajikistan. The president will always be responsible for making sure it doesn't happen again. Polls and common sense make clear he or she will have to do so without having troops on the ground.
By Fr. John at 8:42 AM