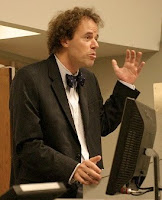 The Nixon Foundation greeted the new exhibit with a blog post from Anne Walker, wife of the foundation chairman. Walker faulted the Library for not effectively representing the true victims of the affair—Nixon and his advisers. (She recalled “the days of reading about our pals in the Washington Post every day, seeing them accused and vilified.”) In a bizarre argument, Walker suggested that critical Watergate defendants didn’t commit wrongdoing, since they were merely convicted of perjury. “Anyone,” she reasoned, “would eventually perjure themselves after countless grand jury sessions,” at which people are asked things like “how much you paid for a ham sandwich on a specific lunch hour.”

Walker’s contentions, of course, are ludicrous. But they also starkly illustrate a tension within the Presidential Libraries and Museums system. Presidential libraries have two constituencies—the public on the one hand, and the President’s family and closest friends and supporters (who help fund the libraries’ facilities) on the other.

A best-case scenario would be figures such as Lady Bird Johnson and former LBJ Library director Harry McPherson. Both were committed to preserving Lyndon Johnson’s legacy—but believed that the best way to do so came through honesty with the public and ensuring that scholars had full access to the available documents in the LBJ Library. The Nixon Foundation approach clearly represents the other extreme--Walker's blog post wildly portrays Nixon Library director Tim Naftali as coordinating a conspiracy designed to spread in the media unflattering (but accurate) quotes from Nixon. (It could be said, I suppose, that Nixon's associates have unusual expertise on the issue of conspiracies.)

Was the "pre-Reformation" Nixon Library more of a white-wash than, say, the JFK Library is now?

I wouldn't think the LBJ Library is expected to have a "stuffing the ballot box in Texas' Senate race" exhibit or JFK's to dwell on the Bay of Pigs.

That Nixon's Library has a Watergate exhibit that seems to satify his most ardent critics should say something about how Nixon has become "sui generis" among Presidents.

Whether that is fair or not--it is what it is. But it is too much to expect his family and remaining supporters to applaud.

Reminds me of the Dorothy Parker line about the schoolboy asked to use 'horticulture" in a sentence. He responded, "you can take a 'horticulture' but you can't make her like it".

There are Reformations, and there are Counter-Reformations. I'll leave that one to the side for the time being.

As a normally well-informed student of history, I'd be offended if I visited JFK and LBJ and didn't read adequate presentations about the Bay of Pigs or Johnson's hi jinks -- not because I'm a Kennedy- or Johnson-basher, but because I know about these events and would wonder why they'd been left out.

When information is available to readers and researchers but withheld from the museum-going public, what's really going on? Is the federal government practicing (to continue your ecclesiastical metaphor) a kind of civic gnosis, where one class of library visitor gets the straight story and the the other only the most pleasing odors? Purposely withholding the full story from taxpayers is indefensible -- especially when they know it already, at which point the museum that's covering up just looks stupid.

If the real issue is the tender sensibilities of the family and, in the Nixon case, aides who were involved in Watergate or Watergate-related activities themselves, how long does the visiting public need to be deprived of the full story so that elites don't get their feelings hurt? I do understand the economics and politics of the presidential library system -- oh do I ever! As you point out, it's the president's rich friends who build the library buildings -- though in Nixon's case, the generation that paid that bill has long since begun to to pass from the scene. Just to pound your apt Reformation theme to death, how many years of curatorial hagiography does a $1 million indulgence buy?

As for Nixon being sui generis, that happened when he resigned. That doesn't mean he deserves to be treated more harshly than his peers. As you say, it is what it is. Whether a different process between foundation and library could've resulted in an exhibit with the same content but rounder corners and softer edges is something we'll never know.

But again, history isn't written in museums. It's written by scholars using the records stored elsewhere on the premises.

I basically agree with you. It all reflects on Nixon being in a class of one. That is the spot that will not out. And it is the spot where RN placed himself.

I must admit, however, that, as a Nixon partisan, I used to harbor the hope that "vindication" would happen.

And, by vindication, I mean that one day it could be argued seriously that, on balance, Watergate did not warrant Nixon's removal from office.

Today, it seems such a position renders one suitable to keep company with "birthers" and "truthers".

Possibly, a deeper appreciation of his times and challenges will, using your phrase, round the corners enough for this to be a debatable question once again. Perhaps not.

But, as a starting point, Watergate must be viewed more dispassionately.

Without question, President Nixon misused his powers and made matters worse by conducting a fruitless and alienating battle over the release of evidence he controlled.

But it also seems a bit histrionic to hold Watergate out, as is often done, as the "greatest constitutional crisis since the Civil War". Arguably, "court packing" was a much more serious (although not felonious) attempt to disort the constitional balance of powers.

The Nixon Library has an opportunity, and perhaps an obligation, to portray Watergate fully and leave the visitor to decide whether he should have been removed.

Admittedly, not having seen the Watergate exhibit, I still wonder whether the exhibit presents a case and a verdict, wherein it should have put out all the facts and allowed the visitor to decide for him or herself whether, as Stephen Ambrose put it, the US lost more than it gained when it forced a recently reelected president to resign.

The untold story of Watergate is the investigative and Congressional side. We know that Rep. Rodino cried and Rep Jordan spoke eloquently when they voted to refer the matter to the full House for impeachment. But is there no more to learn about the machinations and deals relative to the unmaking of a president?

Frankly, if there is hagiography surrounding Watergate it is the presumption that all who opposed Nixon did so without partisan rancor or secondary motives.

Thanks, Juan. I suppose it's an axiom in politics that someone always gains by another's failure and loss, which means that any politician on the brink of a precipice is bound to have someone behind him getting ready to accelerate the process. Candidly acknowledging the political motivations and occasional opportunism of Nixon's opponents would definitely be my idea of a rounded corner.

I worked with a fellow at the Justice Department who once commented that anyone who rose within that particular bureaucracy usually showed more ruthlessness and cunning than merit and common sense. It seemed a cynical judgment, all the more so for appearing so nearly irrebutable.

And, I guess politics at the highest levels are all that and more. That is why the Beatitudes are such a challenge to the intellect and balm for the conscience.