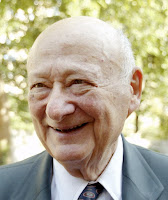 What is occurring in Libya is not like Burundi or Rwanda, where nearly one million or more innocent men, women and children were slaughtered and the world stood by outraged but not intervening. It is not comparable to the Congo, where hundreds of civilians have been killed or raped, some reportedly by the very UN soldiers sent to protect them. It is not akin to Bosnia where Serbian generals were conducting a war of genocide against a Muslim population.

No, this is a civil war and the deservedly unpopular government of Qaddafi (unpopular with the U.S. and NATO) is currently winning that war with the rebels who, so far as I know, have not yet established that they are any better in their philosophy of government.

If a no-fly zone is desired, why don't the 22 states of the Arab League provide the military force to enforce it? Why should our young men and women be put at risk?