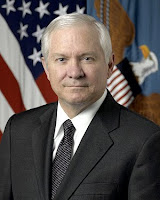 I haven't blogged much about DADT because I lack expertise about the military life. Strictly as a civil rights issue, it was unjust to impose such strictures on gay and lesbian people so that the United States could enjoy the privilege of their volunteering to fight and die for our freedom. Practically speaking, I wonder how it will all work. For instance, I was struck by this sentence in today's New York Times article:

[A] comprehensive review by the Pentagon...found a low risk to military effectiveness despite greater concerns among some combat units and the Marine Corps.

In other words, among those doing the preponderance of the fighting, bleeding, and dying. I suppose we can put any opposition down to homophobia. In this case, tempting as that may be to those who are tired of others making them second-class citizens, name-calling probably isn't helpful. Instead, those soldiers and Marines -- also courageous, also volunteers -- are entitled to have their views taken into account as the Pentagon begins the process of putting the new policy into effect. From what I've seen of the secretary of defense, Robert Gates, he'll do his due diligence, and things will work out fine.

If the main problem is that some straight soldiers don't like openly gay ones, they'll just have to get over that, as I'm sure some had to get over not wanting to serve alongside African-Americans when President Truman integrated the military. As this analysis notes, grownups have to work with people they don't like all the time. I think the military phrase is "suck it up." Besides, once people get to know one another as people instead of categories, prejudice doesn't have a chance.

Here's the part I wonder about. Say I'm 19 and my girlfriend and I enlist. Say someone's waved a magic pace stick and decided that women can serve on the front lines. Would she and I end up in the same company or battalion? I'd have to think not, for the sake of ensuring that our priorities would be correct in a combat situation. Even stateside, would they want us in the same barracks? Another bad idea, for obvious reasons. Same thing if we met and fell in love once we were serving. Take this hypothetical dilemma involving openly straight people, think about openly gay men who really will be allowed to serve side-by-side in combat, and you see one of the issues that I imagine the Pentagon has been chewing on.

They'll solve it as they solve all problems: By writing a bunch of rules. The men and women will follow them most of the time. In the end, our military will be stronger, because its will better represent the nearly-miraculous evolving-toward-perfection American ideal for which it fights. God bless them all when so many are so far from those they love during this season of joy and peace.
By Fr. John at 8:05 PM