Save The Earth, Win The Kids 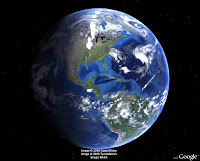 The Republican Party has a lengthy record of environmental accomplishments, which stretch back to Abraham Lincoln’s protection of Yosemite Valley in 1864 and include Theodore Roosevelt’s forest and wildlife conservation, Richard Nixon’s creation of the EPA, and Ronald Reagan’s leadership in addressing ozone depletion....

Republicans must start staking out more defensible terrain on environmental issues and be a constant and constructive force for stewardship. In doing so, we must draw a positive contrast to Democrats by exposing their shortcomings and exploiting their areas of vulnerability.

Environmentally conscious voters, particularly young people, have come to associate the Republican Party—and conservatism—with short-sighted opposition to responsible environmental protections. In last year’s election, Barack Obama captured the youth vote by a 2-to-1 margin. Republicans cannot hope to be politically competitive again without getting a larger share of the youth vote.