A Torturous Choice For CIA 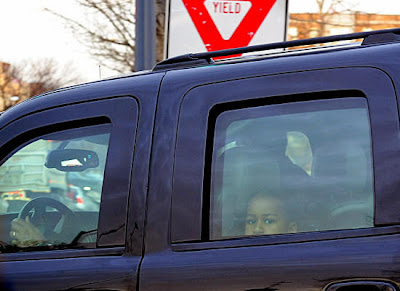 The PE's adorable second grader, Sasha, was amply protected today as she headed to her new school. As Mr. Obama would be the first to affirm, every child in America deserves to be just as safe. In all the years since Sept. 11, no terrorist attacks have been launched on U.S. soil. It hasn't been because al-Qaeda and others haven't tried. While we may never know about all or even most of the attacks that were thwarted, the CIA and others in the intelligence community have obviously played an indispensable role. No more than any other agency in Washington, the CIA doesn't need to be cleaned up, reined in, or reformed. It needs to be inspired and empowered. That's why Leon Panetta's appointment as CIA director borders on boneheaded.

Panetta's opposition to torture, which hometown media friends proudly trumpet, is irrelevant. Whatever you think of water boarding and other extreme interrogation measures, a Senate investigation has made clear that the Bush White House authorized them. Since Mr. Obama takes a different view, he'll issue different orders. There's no evidence he needs a reformist watchdog sitting at Langley to make sure they're followed.

Others praise Panetta's management skills. Was there no one in the country who combined management skills and intelligence experience? As a distinguished former White House chief of staff, he would certainly have advised Mr. Obama to check with intelligence policy stakeholders in Congress before making the choice. It's hard to believe that Sens. Feinstein or Rockefeller wouldn't have had better ideas.

During his recent appearance at the Nixon Library, Bill O'Reilly said his sources in the intelligence community were already dispirited by Mr. Obama's AG choice. Unless Panetta -- nothing if not a canny political pro -- acts quickly to reassure his new colleagues that his main job will be enabling them to do an ever better job than they've been doing for the last seven years, agency morale could decline further, which would be bad news for us all.
By Fr. John at 8:57 PM