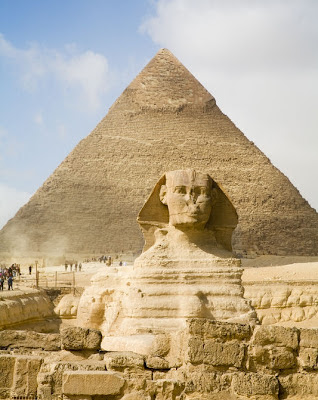 Thomas Friedman acknowledges the Muslim Brotherhood's toxic anti-western, anti-women (he says "anti-feminist," but let's be real) views. But he is vaguely (guardedly is too strong a word) optimistic about its new president of Egypt, Mohamed Morsi, when it comes to his relations with the west and Israel, not because of anything notable about Morsi but because Egypt, which doesn't have significant oil reserves, needs tourist dollars:

So Morsi is going to be under enormous pressure to follow the path of Turkey, not the Taliban. Will he? I have no idea. He should understand, though, that he holds a powerful card — one Israelis would greatly value: real peace with a Muslim Brotherhood-led Egypt, which could mean peace with the Muslim world and a true end to the conflict. Of course, that’s the longest of long shots. Would Morsi ever dangle that under certain terms? Again, I don’t know.