Christopher Among The Saints 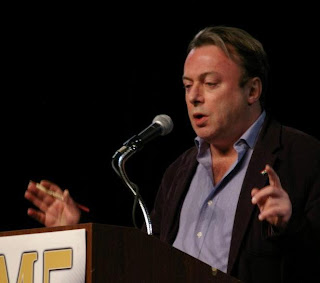 As the sad news comes of the death of the world's most famous atheist, I recall what Christopher Hitchens wrote in his memoir, Hitch-22, about the pious but pliable pastor he encountered after his mother and her lover committed suicide in Greece in 1973:

I was myself rather astounded, when dealing with the Anglican chaplain at the Protestant cemetery in Athens (which was the only resting place consistent with her wishes), to find that... [t]he sheep-faced Reverend didn't really want to perform his office at all. He muttered a bit about the difficulty of suicides being interred in consecrated ground, and he may have had something to say about my mother having been taken in adultery... At any rate I shoved some money in his direction and he became sulkily compliant, as the priesthood generally does. It was fortunate for him, though, that I couldn't feel any more dislike and contempt for him and his sickly religion that I already did.

Hitchens assured friends and critics that if he was reported to have experienced a deathbed conversion, it would be a consequence not of grace but cancer altering his brain. In the days before his death in Houston, nothing along those lines occurred. God was waiting for a more opportune time.
By Fr. John at 10:34 PM