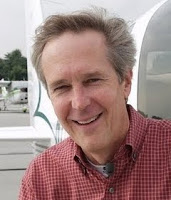 James Fallows does his best arguing that the collapse of the traditional financial model for elite news reporting isn't a disaster for democracy and Western civilization. He hung out at "Gawker" and learned the virtues of people getting (new school) the news they want (“How Good Is Charlie Sheen for a Porn Star’s Career?”) instead of the (old school) news they need (coverage of the Supreme Court, succession crises in Moscow and Beijing, government and financial corruption at every level, economic, military, diplomatic, educational, social, nutritional, scientific, medical, and cultural issues -- you know, everything that actually matters but you almost always have to pay reporters to cover because it's complicated sometimes).

In his long "Atlantic" cover story, Fallows offers a one-sentence plan for making sure those things don't fall through the cracks:

Rather than worry about a general collapse of the press, perhaps we should watch carefully for specific failures of local, statehouse, or investigative coverage, and start experimenting now with ways to correct them—through nonprofit coverage or other means that new technologies make possible.

But who's "we," and how will they know when the failures have actually occurred? City officials had been stealing for years in Bell, California before the old-school LA Times, though bloodied by massive editorial staff layoffs, finally broke the story. In the "Gawker" era, I guess allegedly corrupt city managers will be safe unless they do something reckless, like go on "Dancing With The Stars."
By Fr. John at 2:06 PM