He Quit. He Went To China. 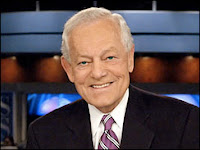 I wonder if CBS's Bob Schieffer's an Episcopalian. In a commentary this morning hailing the opening of the Nixon library's new Watergate exhibit, he sliced 37's legacy right down the middle:

Nixon's disregard of the law and the Constitution was disgraceful. That is part of his legacy and his apologists cannot change that.

Yet, Nixon was far ahead of his party and American public opinion when he made his courageous opening to China and his arms control agreements with the Soviets.

Those were monumental achievements and will be remembered as such, whatever his critics say.

One of the veteran newsman's less thoughtful observations about Nixon helped persuade me to start this blog.
By Fr. John at 3:09 PM