Waiting For The Other Wingtip To Drop 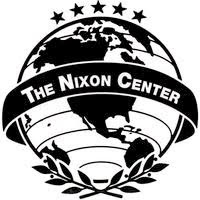 Something smells fishy to the Washington Times in the wake of yesterday's shocking announcement by the foreign policy think tank Richard Nixon proudly launched in 1994 that it has decided it can better make its way without his name on the door.

It's one thing to say that the Nixon Center always planned to be independent of the Nixon foundation one day. I know it did, because I helped devise the plan. We wanted to make sure that the Center would be protected if someone ever seized control of the foundation who didn't understand or support the Center's mission or who had a vendetta against its staff or volunteers.

But it was never Nixon's or anyone else's plan to jettison his name in favor of something as blandly generic as "Center for the National Interest." For reasons perhaps not yet disclosed, the Center Formerly Known As Nixon has just broken one of its ex-namesake's cardinal political rules: It's always better to be controversial than to be dull.
By Fr. John at 8:38 PM

Well, that signals we should not expect historical vindication, rehabilitation, revision, or whatever else one would call it, for at least another generation.

It hardly matters, I suppose. Think tanks do not capture the public imagination.

With or without his name on the marquee of the Center, Nixon will not get another look until the current generation of commentators and historians have left the scene.

If it were so inclined, the Nixon Foundation might consider doing a "Danny Thomas"--start a worthy charitable enterprise reflecting the best of the honoree's life. Most people today would have no clue who Danny Thomas was, but for his inspired St. Jude Hospital project.

For what it is worth (nothing):
start a project to help needy cancer patients and name it after Pat and let the good works speak for themselves. "What will survive of us is love."

That's an apt thought, Juan, about a Pat Nixon fund. The thing I'd say about the Center Formerly Known As Nixon is that it has, for whatever reason, given up the salience of his name as a reliable anchor for sensible foreign policy practitioners. Also, dramatic or not, it's work he wanted done.

I'm not convinced the move has anything to do with vindication or rehabilitation, neither of which is the job of historians. Good historians tell it like it is. The problem for RN, and many around him, was not trusting historians to be able to do that. And while some scholars have been good, others have struggled with depicting RN accurately, shall we say. As to the name change, I think there's more to it than meets the eye. I understand, as John Taylor says, that there always was the expectation that the name might change. But why now? The timing seems odd to me, for a number of reasons I'd rather not get into!