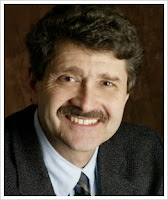 Another plea from a respected conservative, Michael Medved, directed at those who are seemingly bent on paralyzing the GOP and even hurting the country by their feverish attacks on the president:

One can scan the list of leading appointments (including Mr. Obama's two chiefs of staff, one a former congressman and the other a former Clinton cabinet officer) without finding a single example—not one—of the sort of wild-eyed, revolutionary intellectual frequently cited by right-wing critics. Yes, a record of business leadership in the private sector is sorely lacking within the Obama team, but so is any history of militant socialist scheming.

Republicans need not despair that President Obama fails to conform to the hackneyed (if groundless) charges of radicalism. They will find the president easier to beat when they re-adjust their attacks to portray him as typical rather than radical.