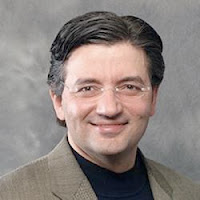 Zuhdi Jasser is an Arizona doctor and Muslim who appears on television regularly to warn Americans about the dangers of Islamic radicalism, but without going far enough for those who favor anti-Islam jihad. T. A. Frank writes:

To those on the left, Jasser wants to deliver a wake-up message that danger is afoot. To those on the right, Jasser wants to say that Islam is perfectly compatible with modernity and mainstream American life. In short, he wants to stress that Islamism is a more serious threat than we think and a less serious threat than we think. Not surprisingly, the nuances of such a message come through with less than perfect clarity on Glenn Beck.

The end result is that Jasser is unpopular with basically everyone. Many Muslims reject his message, and so do most Americans on the left. On the right, those on the extremes are equally unfriendly. The virulently anti-Muslim commentator Debbie Schlussel, for instance, accuses Jasser of “saying the usual bullcrap, i.e., that Islam is a peaceful religion.”

Amid such warring camps, it’s hard to say anything useful. Jasser, for his part, believes that both his country and his fellow Muslims are better off for his efforts. I doubt it. There’s a balance between reaching out to skeptics and allowing oneself to be coopted, and Jasser seems to have negotiated this balance unsuccessfully. Still, while the path he has chosen is lonely and perhaps all wrong, it takes undeniable courage to walk it.