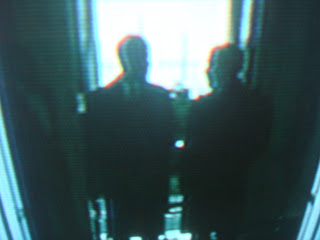 The new round of Middle East peace talks show the president at his best. Yesterday's New York Times article about his poor relations with his predecessor seems to show him at his pettiest:

It is no secret that he opposed the Iraq war, and that as a senator he took a dim view of Mr. Bush’s “surge,” the 2007 troop buildup that many military analysts credit with helping to stabilize Iraq. Leading up to Tuesday night’s address, Republicans were clamoring for Mr. Obama to give the former president credit.

He did not. Instead, he said simply that he had spoken to Mr. Bush earlier in the day, and that while their disagreements were well-known, “no one could doubt President Bush’s support for our troops, or his love of country and commitment to our security.”

The White House declined to discuss the thinking behind that language. But Bush loyalists on Wednesday were more than a little miffed by it.

Especially because Obama has ordered a surge of his own in Afghanistan, his persistent failure to acknowledge that Bush's had turned Iraq around is frustrating. It was understandable when he refused to do so during the campaign. But in a presidential address, he could have figured out how to say that Bush's commitment of extra forces, combined with other factors in Iraq, had made a difference without seeming to go back on his opposition to the war in general. Saying so would have given him the opportunity to heap additional praise on the troops.

So why didn't he? Was it the pride of not wanting to call attention to his opportunistic failure to acknowledge the obvious in the campaign? But to do so would've made him look statesmanlike. Was it anger at the way he feels Bush left the country? Then he may be overlooking that it was the perfect storm of crisis in the fall of 2008 than won him the presidency at such a young age. This disrespectful miscue reminds us just how young he is.
By Fr. John at 8:45 AM