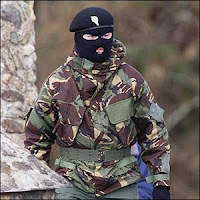 In the single year before the Lockerbie bombing the IRA murdered 20 people, mainly civilians, and maimed thousands of others — 11 dead and many more injured in one single atrocity in Enniskillen in November 1987. That campaign of terror, waged against British citizens for more than 30 years, was bankrolled by donations from the USA — and in those 30 years not a single terrorist was extradited from the US to face charges here, despite our repeated requests. Both federal and local US courts refused extradition requests almost as policy, while the funding of the IRA continued without interruption and was still raking in the money even after 9/11, when the Americans suddenly decided that they ought to start proscribing certain terrorist groups. The IRA was not, for some time, one of the groups so proscribed.