Six Recessions and A Depression

It's a sunny afternoon at St. John's, and the 5th graders await a lesson on Abram and Sarai (When's the change to Abraham and Sarah? Anyone?... Anyone? That's right: In Genesis 17. It's on the test, kids!). As always, a few indecent people are behaving indecently, and yet the vast majority are doing the best they can. On the bread front, housing numbers are enc 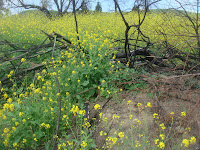 ouraging, the Dow's up nearly 2% (as of five minutes ago, at least), and Ben Bernanke is steady in the buggy. On the circuses front, the AIG scandal is better than "Dallas." And now TIME has this chart on job losses, which makes the Bush-Obama recession of '08-'09 look an awful lot like Carter-Reagan's of '80-'82. Still terrible for those who are suffering. But there's hope this week, suddenly, isn't there?, that isn't not like Hoover-FDR's. Hope that it seemed almost reckless to feel just two weeks ago.