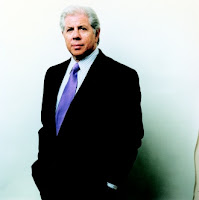 That, at least, was journalist and Nixon biographer Elizabeth Drew's assessment, which Bernstein embraced during a restaurant chat with buddies. Drew actually called director Ron Howard "dishonorable." Specifically, Bernstein wishes filmmakers had included RN's denial of an illegal coverup of the Watergate burglary.

If that's a sin (and we may discuss it if you wish), then it's a sin of omission. Neither Bernstein nor anyone else (besides The New Nixon's Robert Nedelkoff and us other true believers) acts offended about another transgression, namely the film's contention that RN's famous "it's not illegal" comment was made about Watergate rather than a controversial plan for cracking down on dissenters during wartime. The demerits of the never-implemented Huston Plan notwithstanding, Howard and playwright-screenwriter Peter Morgan may have worried that, in the age of terrorism, some moviegoers would nod their heads at a President saying that extra steps to combat violent groups such as the Weather Underground were justified.

So what's worse, Carl: Leaving something out, or rearranging the narrative to avoid burdening the audience with ambiguity?
By Fr. John at 2:32 PM