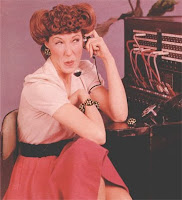 The proposed AT&T acquisition of T-Mobile will give it 42% of the wireless market, and more:

As part of their assessment, antitrust lawyers must determine whether the deal might undermine efforts to encourage broadband service competition between wireless and landline providers. AT&T and Verizon both control a major segment of the landline market, so by allowing them to dominate wireless services as well, the merger could effectively hurt competition for broadband delivery options.

You'd think the three New York Times reporters who wrote this post might've mentioned that we devoted a considerable amount of effort to breaking up AT&T in 1974-82.
By Fr. John at 10:52 PM