Egypt's Top Anglican: "All We Need Is Democracy" 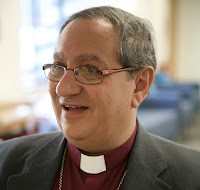 The Most Rev. Mouneer Hanna Anis, Egypt's Episcopal bishop and presiding bishop of the Anglican Communion province encompassing the Dioceses of Jerusalem and the Middle East, is taking a middle-way line on the crisis in Egypt that isn't reflected in much reporting I've seen. He evidently wrote his pastoral letter before today's bloody clashes between Hosni Mubarak's friends and foes:

President Mubarak made it very clear that he will not seek re-election after he finishes his term in November 2011. He appointed Mr. Ibrahim Soliman as a Vice President. He has a good reputation among Egyptians. This appointment ruled out the possibility of appointing the President's son as a successor. President Mubarak also appointed a new Prime Minister, Mr. Shafik who was the Minister of Civil Aviation (Egypt Air, etc.). He is a very good man and has done a lot of improvement in his previous Ministry. President Mubarak also called for a review for the Constitution to allow democracy; he also assured the people that those who were responsible for the violence, destructions, looting, escape of prisoners, etc. will be brought to judgment.

Our concern was that extremist groups would take advantage of the demonstrations to push for violence. We thank God that this did not happen. It seems that the majority of the youth who are demonstrating are aware of this possibility. Many of them started to see this possible risk. The youth who were interviewed by the television yesterday mentioned that all [that] they need is democracy. Many groups this morning are demonstrating in support of President Mubarak, the new government, and peaceful transfer of authority at the end of the President's term.