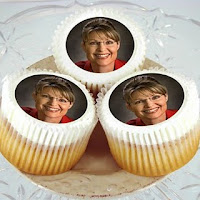 While abroad (do people say that anymore?), I read many references to the logical incoherence of Sarah Palin's post-Jan. 8 defense, but for the record, here's Amy Sullivan's at TIME:

While lashing out at the idea that her "lock and load" rhetoric could contribute to any act of violence, Palin decried "irresponsible statements" and insisted that "each individual is accountable for his [or her] actions." She characterized critics of her as guilty of "a blood libel that serves only to incite the very hatred and violence that they purport to condemn." Again, I'm a bit slow here. But let me see if I understand this. Palin's words are obviously just words and could never ever influence anyone's actions. But the words of her critics are irresponsibly provocative and have the power "to incite hatred and violence"?

I think Palin jumped the shark over Thanksgiving 2010, when she went to war on the first lady's anti-obesity campaign. But I've been wrong before, such as when I wrote that candidate Barack Obama's high water mark was his May 2008 speech in Berlin.
By Fr. John at 8:17 AM

Sarah Palin's comment is not that hard to understand, nor it is it wrong-headed.

Basically, her point is that while her critics condemn the so-called "hateful rhetoric" of the Right, theirs is the rhetoric that is actually hateful. Or, shorter: it's their condemnations that are the dangerous problem.

She could have worded this more precisely, but on the other hand, the notion that rhetoric is "violent" and harmful in a linguistic-intellectual sense, rather than literally violent, is not a new one.

Thanks for your comment. Assuming that's what Gov. Palin meant, I suppose I could buy it. Indeed I one could go so far as to say (perhaps she did, but I don't think so; it's been a while since I watched it) that we shouldn't recoil from angry rhetoric in our politics on the assumption that it's better than angry actions on the streets.

Indeed our 19th century forebears would probably have been amused by the very idea that political rhetoric should be civil; when it is, they might caution us, it's not very good political rhetoric. I'm thinking, for instance, of Alan Simpson's artful (if sometimes a little cruel) put-downs. Rep. Frank has a pretty sharp tongue as well.

Often, and naturally, the harsh rhetoric is that with which we disagree; if we agree, we call it prophetic.