English Bishop Stands Up For Christmas 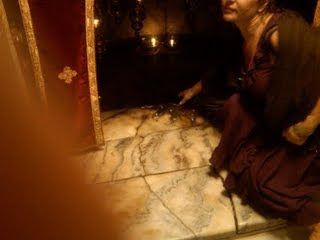 The Rt. Rev. Jonathan Gledhill, bishop of Litchfield, isn't going to take it anymore, according to the London Telegraph:

“Companies’ sacking those who want to wear a cross or fish lapel badge and councils rebranding Christmas out of fear of offending ethnic minorities are decisions made out of sheer ignorance.

“I think it wouldn’t be a bad thing if in December all Christians wore a fish badge or cross necklace and sent out a loud message that Christians aren’t going to disappear quietly from the Christmas market place.”

His intervention has been welcomed by other bishops and comes only one week after the European Court of Human Rights ruled that crucifixes should not be displayed in Italy’s schools.

The landmark judgment could force a Europe-wide review of the use of religious symbols in state-run schools. A panel of seven judges in Strasbourg said the display of Christian crosses violated the principle of secular education.

Only last week Dundee City Council renamed its Christmas Lights switch-on the ‘Dundee Winter Light Night’ in apparent fear of offending members of other religions. The traditional telling of the Christmas story has also been dropped from the council’s festive programme.