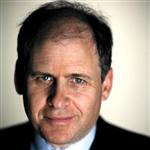 In a new collection of his writings, Jonathan Alter of "Newsweek" reprints his April 1994 obit of President Nixon and writes in a blurb that some had accused him of spitting on RN's grave. He adds that the director of the Nixon Library, "the friend I tapped to bring Nixon to 'Newsweek' in 1988," had never spoken to him again. Excuse me if I didn't get the quote exactly right. I didn't buy the book. That library director, now former, is I. And I'm confounded.

First of all, I wouldn't say Alter and I were friends. We went to the same prep school, but he's three years younger, so our paths barely if ever crossed. When I was working for President Nixon in New York City in the 1980s, we talked a few times, though my recollection is that it was always in connection with his duties at the magazine. We had lunch once, too.

In 1986, President Nixon ran into Washington Post publisher Katharine Graham at a publisher's conclave in San Francisco, after which, it's widely understood, she, not Alter, tapped the former President for the famous "He's Back" cover for "Newsweek." Alter wrote the article. I don't remember reading his 1994 obit. I didn't read it tonight, either, when I spotted the book at Border's. I would have, but the subplot about moi was far too distracting.

As for my never talking to Alter again, I don't know why I necessarily would have, since we didn't have a social relationship. In any event, Alter's statement in his book is false. We definitely did speak after his obit, and there were thousands of witnesses. A year or two after RN's death, we debated one another on a cable TV show. I expected the conversation to be reasonably friendly, since we did know each other, but Jonathan had a better understanding than I of the emerging etiquette of cable news channels. He ripped into Nixon and taunted me personally for defending him. If Alter means I hadn't talked to him since that episode, he's right. Actually, I've always assumed that he wouldn't have wanted to talk to me.
By Fr. John at 8:13 PM